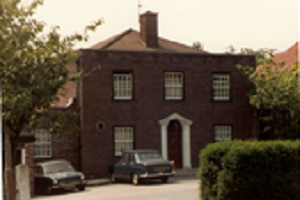 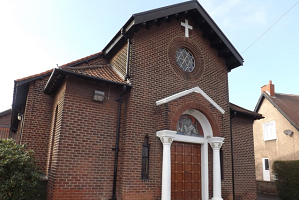 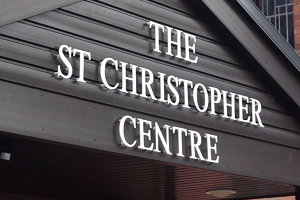 The parish comprises Bredbury, Romiley and Woodley. It was separated from St. Joseph’s, Stockport in 1912, when the Sisters of Charity D’ Evron, arrived at Harrytown Hall. They came there to open a Mass centre and a school. The first Mass was said in the banqueting hall on May 13th 1912. Apparently, there was a Masonic insignia on the fireplace! The first parish priest was Fr. Griffin. He lived in a house in the village but later moved to Gorsey Brow, nearer to the convent and eventually the new church. The weekly treks to Stockport, Marple and Hyde were now at an end for the parishioners.

As the chapel only accommodated 50 people and the parish was ever increasing, Fr. Griffin instigated the need for a new parish church.He was succeeded by Fr. Kirby in 1924, who continued the need for funds. Fr. Calderbank succeeded him in 1928. With his support, over £1,000 had now been raised towards the new church on Barrack Hill. He estimated the cost would be £4,000. The northern corner of the convent grounds was kindly donated by the nuns for this purpose. The site was centrally situated for Bredbury, Romiley and Woodley. On March 16th, 1932, the foundation stone was laid by the Bishop of Miletopolis, the Rt. Rev. Dr. Moriarty. He was coadjutor Bishop of Shrewsbury. Engraved on the foundation stone was a cross and the date. A sealed jar was buried, containing a daily paper and some documents and records. The building of the Parish of Our Lady and St. Christopher was an ideal, cherished for 20 years. The first sod was cut by Mr. Peter Rourke, the oldest parishioner. The congregation had now reached 300.

On November 20th, 1932 the new church was officially by Bishop Moriarty, at a cost of £3,360. Louis Gaskell was the first person to enter the new church. He carried the cross, which led the procession. He remained in the parish until his death in 2003, at the age of 92.The church could accommodate 260 people and was built in the Romanesque style. Fr. Calderbank, the parish priest was insistent that only the best was good enough! Proof of this can be observed from the 2 internal oak doors. How many times must they have been opened and shut and they are just as sturdy today?! The pillars were constructed from Colombian pine. Various families gifted the Stations of The Cross, altar rails and even the High Altar. Originally there were just 2 aisles, a Lady Altar to the left and the pulpit to the right. 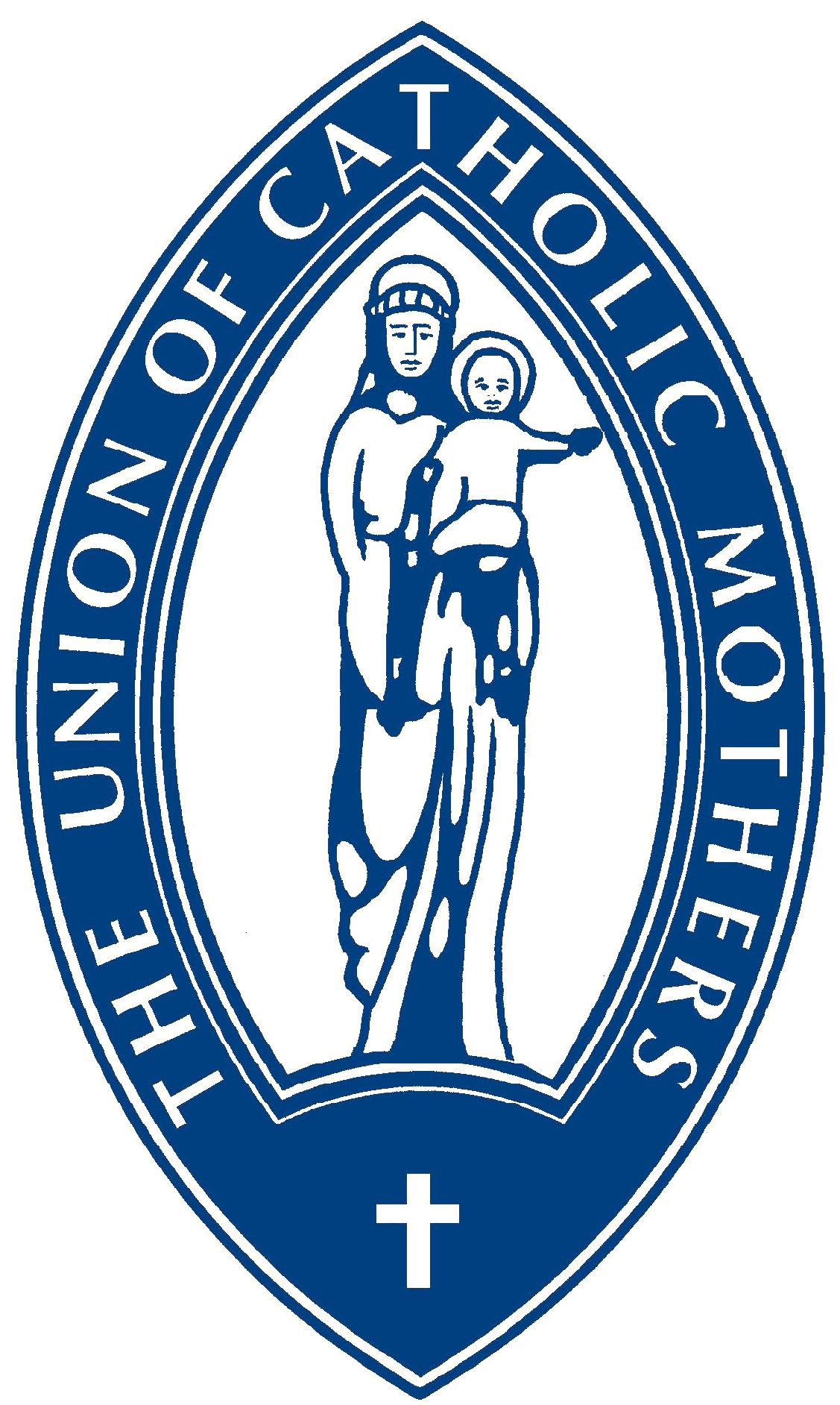 The greatest fund raisers were the U.C.M, the ladies group. They worked tirelessly, running Bring and Buy sales, Beetle Drives etc. As the Bishop said “This church set on a hillside, serving the few villages around, was going to be a centre again of the faith of their forefathers”.

20 years later, in August 1952, the new presbytery was completed. As it was adjacent to the church, the priest no longer had to walk up the hill from Gorsey Brow. By March 1954 the parish was out of debt! The church celebrated its silver jubilee in November 1957 and the total number of parishioners had reached 1,500.

After many years of fund raising, the parish school, St. Christopher’s, was opened in 1965. Previously, the boys had to leave the Convent aged 7 and attend, either St. Mary’s Marple Bridge, St Joseph’s, Stockport or one of the local state primary schools. Girls could complete their education at the Convent but it was a fee paying school. The nuns, however, were sympathetic towards the expense.

Mr. R. Reagan was the first head teacher of the new school.

In 1966, the new parish centre was completed. It is situated in the grounds, at the back of the church. This replaced the old assembly rooms, which had long been demolished. It was much larger and had a good size stage. The parish could now stage their dramatics and social functions in their own hall. Previously to this, the nuns had again come to the parish’s rescue, by providing the use of the large Carmel Hall, as it was then called. Dances, bingo, plays and pantomimes had been held there on a regular basis.

In 1967, due to the rapid growth in urban housing, the church was extended and refurbished at a cost of £13,000. The population continued to increase, so in the mid 1970s, Fr. Abbott, the parish priest at that time, initiated the use of 2 Mass centres, 1 at the scout hut in Cherry Tree, Romiley and another at the Civic Hall in Woodley. They both proved to be very popular.

The last Mass was celebrated in the convent chapel on April 12th, 1975 and in 1981, sadly, Harrytown Hall was sold to developers. Harrytown High School is now a thriving, oversubscribed comprehensive school.

In 1980, the sanctuary was reorganized in line with the new liturgical requirements. There was now a new altar and a centre aisle, as well as the 2 side aisles. The pulpit and the altar rails were removed and the baptismal font was placed in the sanctuary. The altar was blessed by Bishop Gray on November 11th 1981.

In 1982, the Golden Jubilee of the church was celebrated with a special Mass and again in November 2007 for the 75th anniversary of the opening of the church.

The population had now dropped considerably and there was a time when it was proposed to demolish all the present buildings and build a smaller church and parish hall. With this project in mind, a house was purchased, a short distance away. During recent years, the Diocese agreed to allow the parish to refurbish the present buildings. Our refurbishment program started in 2011 with the redecoration of our beautiful church, including new paintwork and carpet, and updating all the woodwork. This continued into the summer of 2012, and by August, the extensive decoration was completed by the installation of a hanging crucifix. 2012 also saw the demolition of the Parish Centre.

2012 also saw the demolition of the old Parish Centre, however through many events over the next months and years, enough money was raised to build a new, smaller centre, which was formally opened by Bishop Mark Davies in March 2016. The St Christopher Centre is now used by the Parish and wider community for events, parties and meetings.

“When a church is built, it was not merely a place where we might come to ease our hearts and sing hymns; it was a house of God. He would dwell here as He dwelt in older Churches and Cathedrals.”