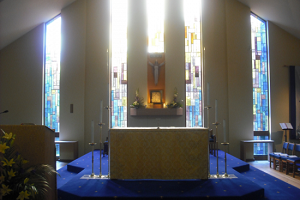 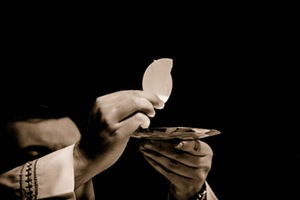 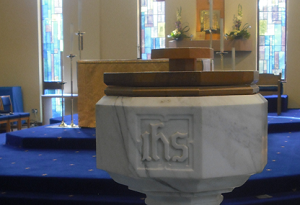 The current team of altar servers belong to a long line of young people who have assisted the priest at mass.

Altar servers have been present ever since masses have been celebrated in our parish. This underlines the importance of their role and how vital altar servers are in enhancing the celebration of the liturgy. It is a privilege to be so close to the Sacrifice of the Mass. As such, the servers are encouraged to serve with dignity and respect in order to reflect the special role and place they have at mass. They have rightly earned praise from parishioners which testify as to how responsibly they carry out this role. Their active participation in the mass also acts as a role model for the younger members of our parish.

“role model for the younger members of our parish”

It is clear that the current team of servers enjoy serving on the altar. They are supportive of each other and are always welcoming to new members. They are polite and helpful to any parishioner who requires their assistance or help. It is also clear that these young people grow in confidence and self-esteem and learn to cooperate with each other through teamwork. They clearly enjoy actively participating in the mass and playing their part in the life of the parish. In their own way the altar servers are all witnesses to Christ and through this witness they grow spiritually and their Faith is strengthened.

Being an altar server also means getting certain treats on special occasions – Christmas Selection Box, Easter Eggs, parties and trips out. The labourers deserve their wages!

Full training is given for all the particular roles on the altar which include acolyte, cross bearer, thurifer and Master of Ceremonies (MC). A rota is in place to ensure that each of the Sunday masses is covered and most servers will serve about once in every two weeks.

Any young person, boy or girl, who has made their First Holy Communion can join at any time and if they wish to do so just ask one of the priests.